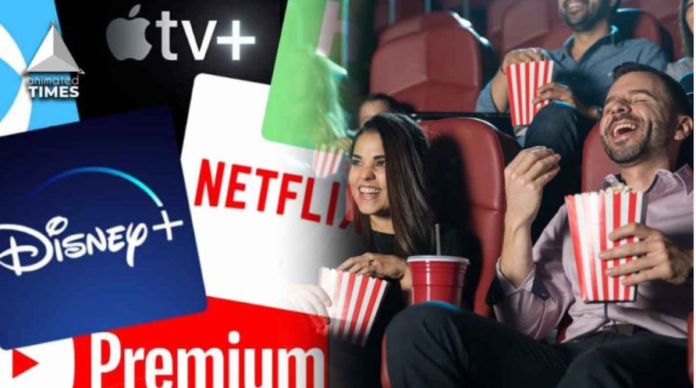 In terms of business, movie theaters are going through a difficult moment. A substantial chunk of its audience was first hijacked by streaming websites, and then COVID-19 severely hurt its revenue.

In the meantime, as more individuals turned to diverse streaming platforms to view their preferred movies and TV episodes, subscriptions to streaming services increased dramatically during the pandemic.

Unlike movie theaters, streaming platforms give you access to a wide range of content. Even if your preferred film or television series isn’t offered in your area, a VPN can assist you in accessing it, for instance you can now access American Disney Plus in Australia (geo-restricted site) with the aid of a VPN.

Although there is still a positive relationship between movie theaters and studios, many companies are increasingly thinking about streaming platforms for the launch of their new material.

Regarding their policies and the length of the films that may be shown in theaters, movie theaters have traditionally been highly strict. Additionally, the agreements with theaters are much stricter. Before it is made available for digital release, the film must be exclusively shown in theaters for roughly 70 to 90 days.

In reality, the studios put these limitations in place to maximize their revenue from theaters, where attendance is higher than on streaming services.

Such agreements mandated that major motion pictures play exclusively in theaters for lengthier periods of time before being made available on digital platforms. Smaller films, however, were allowed to be published on the digital platform a few weeks following their theatrical premiere.

Are Streaming Services taking over the Movie theaters?

Although most people now have their own home entertainment systems and may play the content of their choice as many times as they want, the allure of watching a movie on a giant screen formerly supported the cinema’s business.

Instead of shelling out enormous sums to see their favorite movies in theaters, many would rather pay a single fee for streaming subscription services.

The US movie industry has experienced a precipitous drop over the past year as a result of most theaters closing owing to COVID-19, which benefited streaming services.

The exclusive content that streaming services offer on their websites is the icing on the cake. The Crown, Peaky Blinders, and other Netflix originals have attracted tremendous audiences worldwide.

It’s not long behind other streaming services, either. The audience is compelled to subscribe to the services of Disney+, Prime, and HBO Max since a large amount of their original material is only accessible on those platforms, in addition to a vast amount of other content. One other compelling argument for watching movies at home rather than in theaters is that some of the most eagerly awaited releases are only accessible on HBO Max on the same day of their theatrical debut. Additionally, streamers using a VPN to access HBO Max in Canada, Australia, and the UK indicate that people are avoiding movie theaters and prefer to view new releases at home as a result of the increase in Covid-19 (Omicron) instances elsewhere in the world.

The pandemic and the popularity of streaming services have done significant damage to movie theaters not just in the US but throughout the world. Even the fastest-growing sector, China, which was anticipated to overtake the US to become the world’s largest film market, is anticipated to outpace domestic business.

Netflix and other streaming services are becoming more and more popular around the world, releasing blockbuster films with A-list celebrities.

Every month, Netflix distributes 15 to 20 feature films globally, which is a considerable number of new releases. The opportunity to access a vast content collection for just a one-time subscription price draws viewers from all over the world who want to see their favorite recent releases as well as older material.

The second-largest movie theater company in the US, Regal Cinemas, just announced that it would reopen in April. It is uncertain whether audiences will decide to head back to theaters or stick with streaming platforms to keep up with new releases.

Disney Plus debuted its Premier Access service last year, which simultaneously releases the film in theaters and on streaming services. Because customers don’t have to wait for the film’s debut in theaters, a service like this forces the public to view a new movie on the streaming platform for a one-time subscription cost.

However, there is a devoted following for the theaters that sticks with the cinemas. The reopening of theaters after the pandemic will undoubtedly draw moviegoers from all across the world. Not only will movie buffs congregate, but a sizable public will be drawn in by the allure of experiencing the film experience.

A major advantage that streaming services have over movie theaters is that they only charge a one-time fee, which is less than the cost of a single movie ticket.

Theaters can alter their payment procedures, offer a once-per-month pass to their patrons in an effort to draw more people to them, or work with streaming services to the mutual benefit of both markets.

Theaters can provide streaming services to run their own productions in theaters. Additionally, they can effectively collaborate to introduce bundled bundles and captivate the audiences.